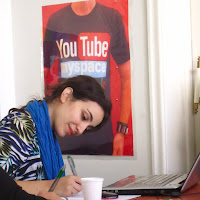 Five basic workshops and more than three additional workshops connected us with over 50 organizations in Lebanon and the trainings were instrumental in introducing them to the strategy of using social media. We started our work by changing the commonly views about networking, social communication and outreach strategy among local organizations.
Time was shorter than the content but we accepted the challenge because we realized that the need for this training was much larger than our challenges. Our first achievement was deleting the word “new” from the


Media Training. We believe that social media has become an essential need for organizations and not just another option; social media is the core of any organizations mainstream communications strategy rather than an auxiliary medium.

We are glad that during the past year the E-Mediat trainings inspired many organizations to experiment with participatory communication approach and led to some impressive changes on the ground. 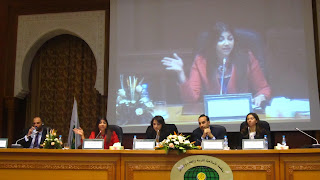 My participation in The Arab Women Summit focused on “Empowering Women through ICT” was the grand finale of the year. The opportunity allowed me to share the experience of E-Mediat trainings and address the fear prevalent among Arab women about using social media.
Posted by E-MediaT/Lebanon at 12:01 AM